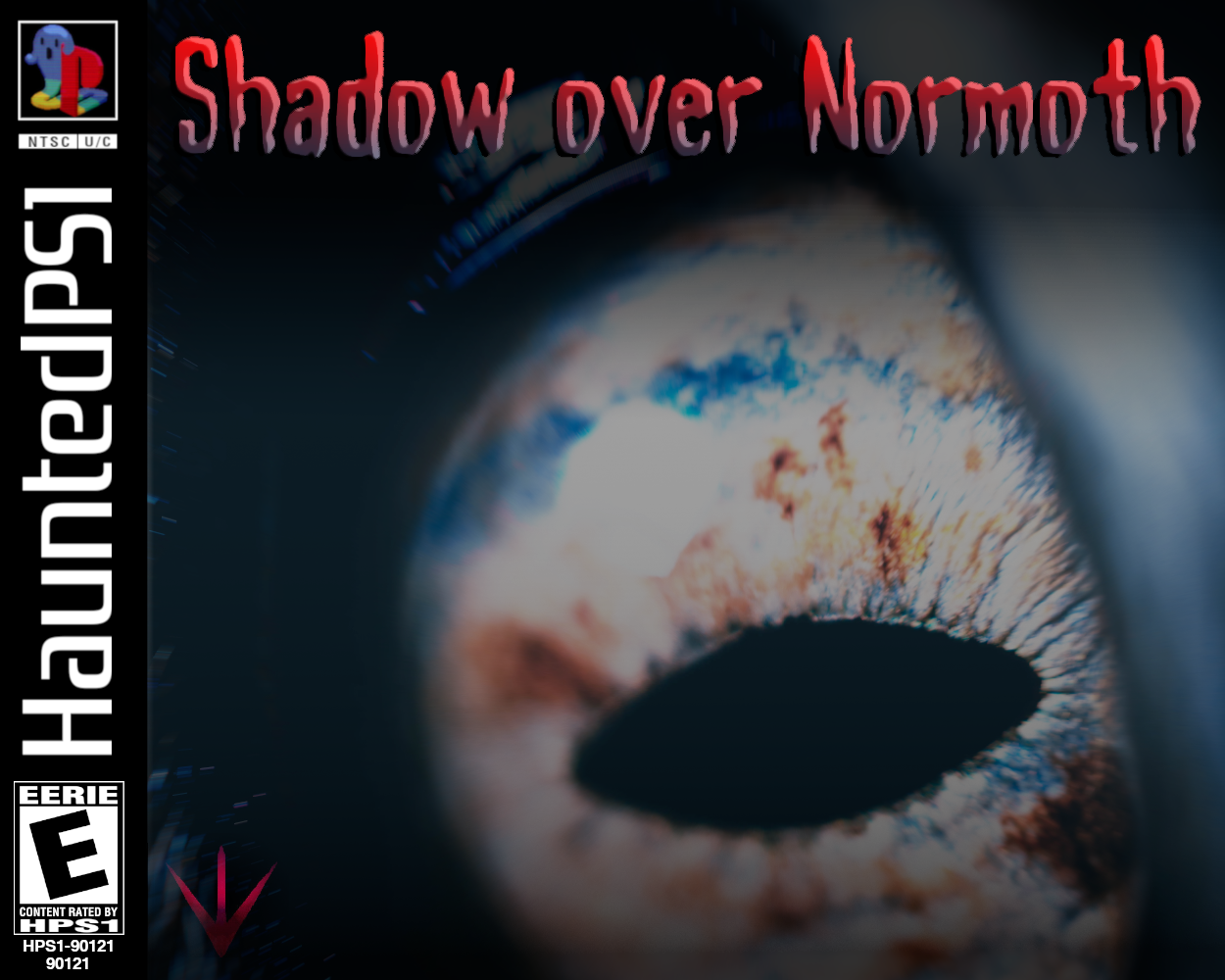 Taking inspiration from PS1 classics like Resident Evil and Silent Hill, Shadow over Normoth sets out to bring you back to the original survival horror experience. With fixed cameras, tank controls and visuals that are reminiscent of the good old days, you will truly feel like it's 1996 again.

Unravel the mystery behind the town of Normoth, gather resources and survive the horrors of this forsaken place. You will once again enter the world of survival horror ... good luck! 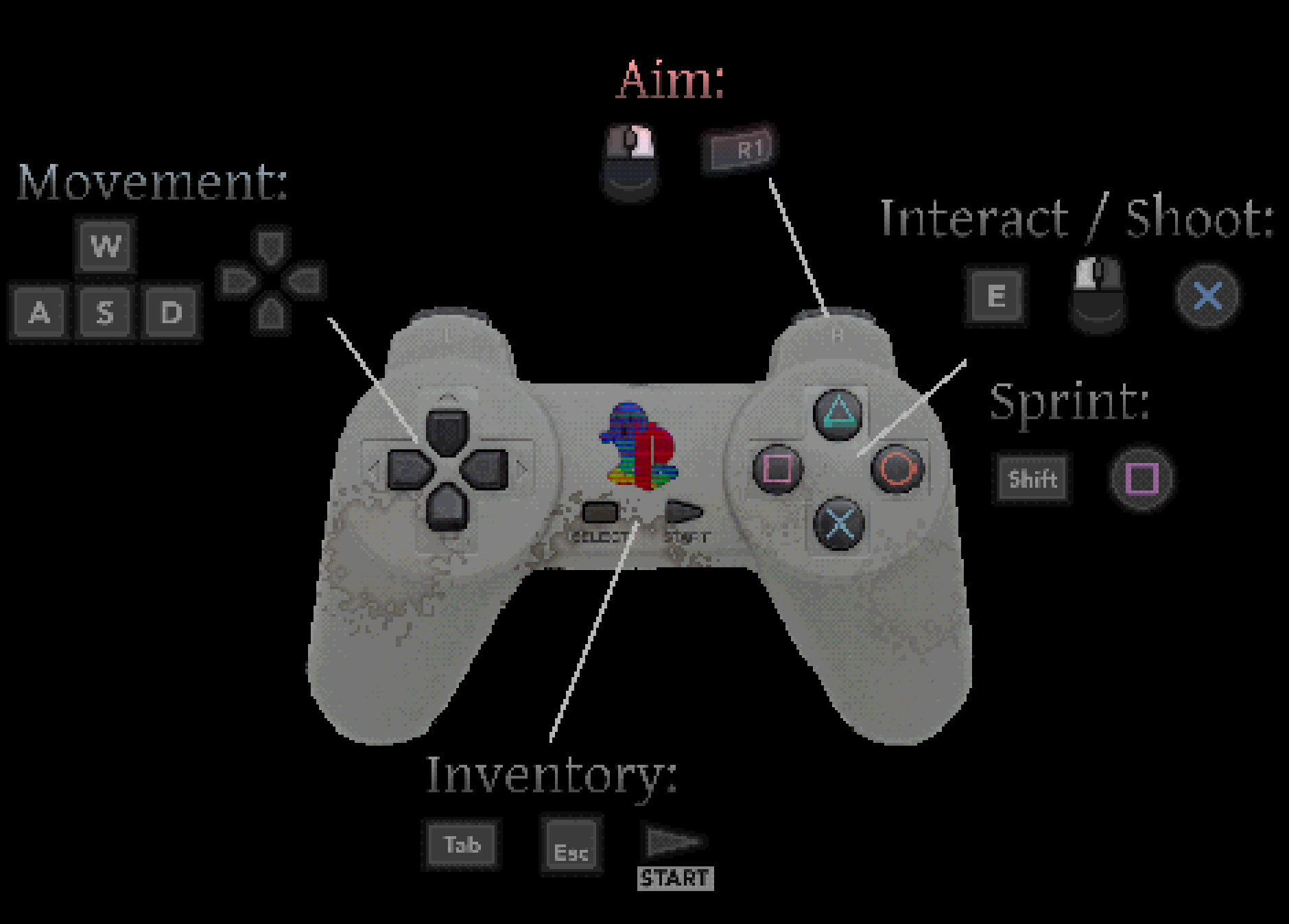 This game was made for the Haunted PS1 Summer of Shivers 2021 where I challenged myself to make a classic survival horror game in just 30 days. While this game certainly has some rough edges (which is to be expected from a game jam game) I hope that you will still have a great time with it. Please don't hesitate to contact me if you find any game breaking bugs or if you're having other technical issues.

Also, huge thanks to Mario Acero (aka SilentDrumr) for providing me with such great SFX and Music and helping me to playtest this thing :)

You can checkout the full OST here: 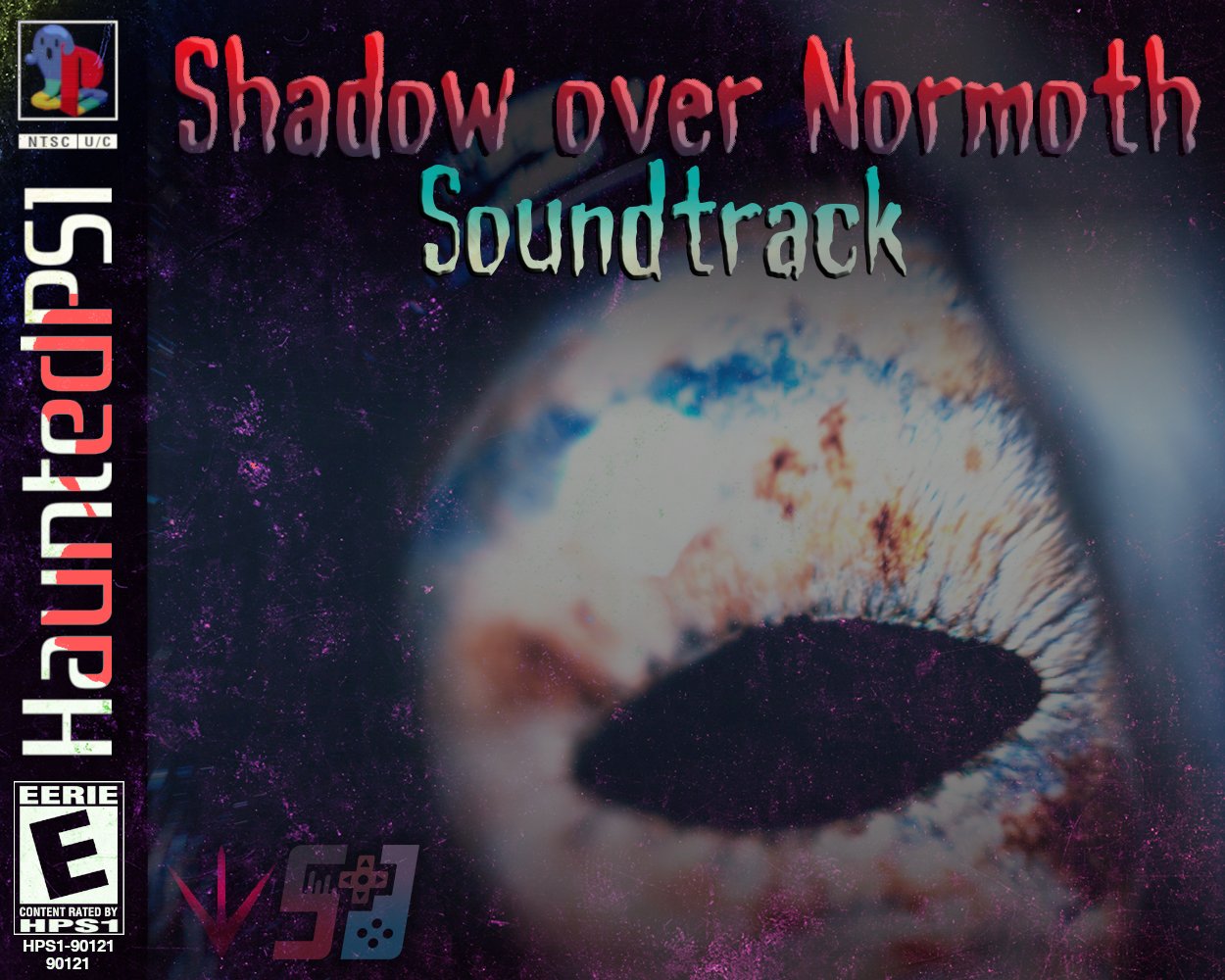 The game and all its assets were created by me during the jam period with the following exceptions:

the game does a really good job of building up tension and mystery, "what is this place?" "who am i?". The atmosphere is thick and the games inspiration is very evident with door transitions, tank controls, warped textures and obscure af puzzles or puzzle. the game is very short only taking 30minutes for me to beat also the ending is, weird i guess. spoilers but you fight god ganon oot style energy balls and everything.

we really enjoyed playing this game!!!

Played so many of your games and again another good one keep it up!! Full PlayThrough

Such a great callback to the 90's era of horror! I love it! The only thing is it felt like you got so many bullets compared to the amount of med kits

i had about 6 going into the battle

Haha I don't know how I lost so many to the creatures.  They were just on me so fast before I could react 😂

Reply
Neco The Sergal5 days ago

Bit late but gave it a go, feedback/commentary within

Reply
thisfallengoth5 days ago
by far one of the BEST PS1 Horror Games I've played, except for Resident Evil. Did you also know that if you are one of the unfortunate people to buy the piece of poopy diapers that is the PlayStation Classic, you can use the USB classic controller to play this game? sub to my channel btw, it'll help me a lot.
Reply
psychroclasm6 days ago

One of the most complete games in the jam, I always love your work! I legit could not find the shotgun in 2 playthroughs, and I couldnt kill the last boss with the pistol :( I tried,

but here is the rest of the game No Commentary :)

Here it goes. My channels doesn't link to watch here. So

Yes, pretty cool game, I love this engine as well.

I can't even get the game to run. It opens as a black screen and I can hear sounds but can't see anything...

Dont know if a encountered a bug or im a bad player but i could not damage that last?? boss, still great game. And i encountered the secret room with oceanworks. (also amazing game btw)

Great hark back to Silent Hill! The only issue I had was with that crab boss! Screw that guy! (Game starts at 25:45)

Talk about all in one! I'm not only a retro junkie, but I am a massive HP Lovecraft fan, with a Shadow over Innsmouth being one of my top 3 Lovecraft tales. Rather difficult, especially the ending, but was oodles of fun!

Great game, rather long for a game jam submission. Design, gameplay etc. are spot on. Not too puzzle heavy (which is a good thing to me). Thumbs up!

Nailed the PS1 look and feel! Definitely could have been a classic of the era.

Hey! I did a big roundup on a bunch of games in the jam (including yours) with some thoughts on each. Figured I'd share it here for anyone interested!

I really enjoy playing this game, well done, its like S.H. and R.E. im really fan of those games, and you game helped me to remember the vibes when i play them, really thank you, PS: i made a bonus at the end of this video :)

This was really fun and it was pretty challenging too, I had a great time playing this one, good work :)

This was great! There's a lot here for a jam game. It's so fun to revisit Lovecraft classics, like here "The Shadow Over Innsmouth", in a retro video game environment. I had some trouble with figuring out what to do for the final boss (Alpha Beta Gamer on YouTube doesn't show it) but once I knew what to do, I was fine. Overall I didn't think it was too difficult, it was just right. Great work by SilentDrumr on the music too - I actually listened to the OST on bandcamp before playing the game.

Btw I'm trying to reach 30 subs so if you enjoyed the video it would really mean a lot to me that you'd consider subscribing to my channel :)
Reply
cdxqq16 days ago

I would like to ask how PS1 style game is made, I also want to develop a game of my own

Reply
Keneji17 days ago
This was a really good game overall even If the last to bosses gave me a bit of trouble lol.
Reply
adrienpro17 days ago

how do i get my playstation controller to work with this game?

Reply
ChillinWinston17 days ago(+1)
This was an awesome experience! I love that you chose to design a protagonist. Even if he doesn't say a word, it intrigues me thinking about his backstory and why he's there.  I can tell you've been influenced by some very good horror titles, and yet you have created an awesome piece that is its own. You choose well where to incorporate music vs. where to let the unsettling silence of the deserted island keep us in suspense. And dang! For an indie game, to have 3 boss fights was a treat! My one angst that I had while playing was that it took me awhile to get used to the movement controls, but honestly that's not much of a complaint because I just needed to practice. I was hating it especially during the crab man fight, but it made it all the more satisfying when I took that sucker down. Thanks for making this! I hope you'll continue to make more games and even develop games like this into longer titles, because you, Warkus, have a great talent!
Reply
SHXXTZZ18 days ago

I dont even know what to say about this game

This is an excellent entry into the Haunted PS1 Game Jam. It fits the submission requirements perfectly and honestly, if someone told me without any context that this game was made in the 90's, I would have no reason not to believe them! I haven't read HP Lovecraft's  novels but are the tiniest bit informed on his works; with that said, the eerily quiet ocean side town, the fish men, and the eldritch creatures are very well executed.

I love the style of the game!  I've never used tank controls before so it took some getting used to, but I'm really enjoying it!

REALLY ENJOYED THIS GAME! It took me a while to beat it but I thought this was a great game and I kinda got HP Lovecraftian vibes with a Silent Hill, Resident Evil mix. Cool game!

Friend, congratulations for the game, I had a lot of fun, I thought the story was very good, I really miss this style of play, I feel they are more difficult!

Mr Warrrkus, this is just fantastic. I dont remember the last time I enjoyed a gamejam game this much. Yes, I do remember... Oceanwork... I simply loved it and will definitely try to get a better rank.  I found your easter egg room! Also, as much as I enjoy fighting Ganon, I think I dont need to tell you wich was my favourite boss... With a name like that you just have to love him!

I Played Thru The Entire Game and It gave me HEAVY RE vibes. Check Out My Vid! Great Job!

'Oceanwork' and 'Shadow over Normoth' are wonderful to play with!

may I ask what langs you used to create the actual game? How long did it take overall?? I have some experience creating small, and simple games with  pygame trough python. and I'd like to reach the level of yours.

I'm using the Godot Engine with C# for all of my projects :) I've worked on 'Shadow over Normoth' over the period of 30 days. Probably working something like 4 hours every day (sometimes more, sometimes less).

Reply
DonMahLuvinLandry20 days ago(+1)(-1)
(Game starts at 1:08:56) I livestreamed this game. LET ME SAY, from a person who grew up playing classic RE and Silent Hill games, THIS WAS SO MUCH FUN! A trip down a nostalgic road, from fixed camera angles, to running through endless fog, to even the sound of the items and the item management. I LOVED THIS GAME. However, I do with some of the lore was more easily understandable, (that's just me being picky) but it was made up with the fun boss fights! HIGHLY RECOMMEND!
Reply
Viewing most recent comments · Next page · Last page 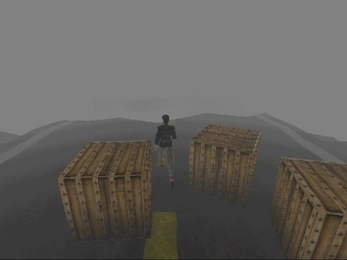 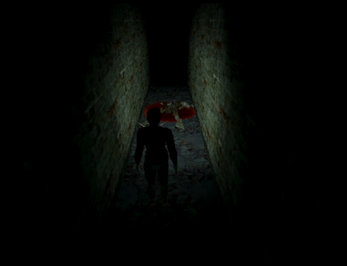 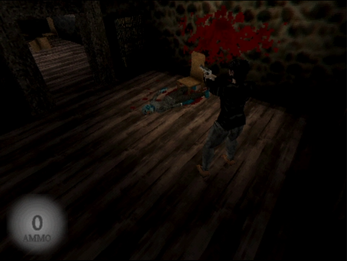 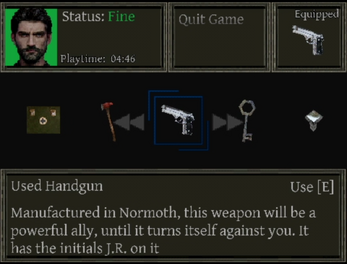 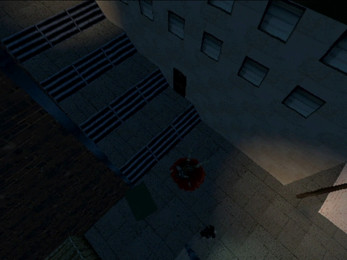 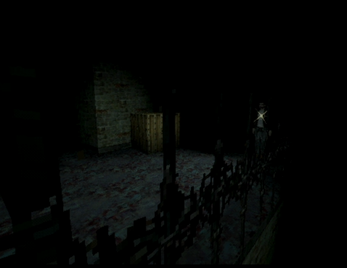 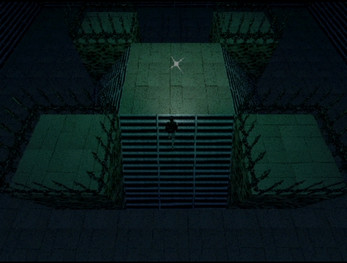 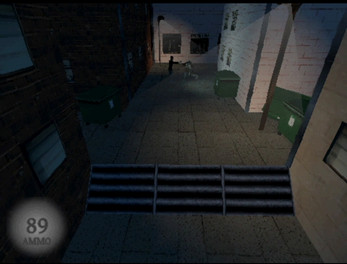 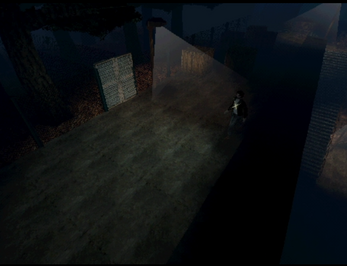