Suddenly you find yourself standing right next to your car. Your head hurts and your ears ring. The front of your car is almost wrapped around a tree and there is smoke coming from the engine. You realize that you don't know what happened or where you are...

This is a solo developer project. The game was made ~20 hours for the ScreamJam 2020. All assets where either created during the jam or are CC0-Licensed, gathered from various sources.

Very good for being made in 20 hours! The jumpscares were timed well and the atmosphere was great!

This game was really interesting. the name was very addicting to say LOL. there were a lot of unexpected moments and some questionable moments. i give the game a 4/5 stars. Good job! Looking forward to seeing more games from this dev. I included the game in my 4 scary games video. Here is my video if anyone is interested. The game starts at 6:46.

Its the first game I played in this video, pretty interesting though... LOL

I liked the design of the game, a lot of reliance on sounds for scares it seems.

It's the first game I played in this video.
Reply
Pecanyoutube2 days ago

Amazing stuff! Loved the maze part at the end, really had me on edge! Great work! This was the final game in the video

Link to my channel (opens in new tab) youtube.com/jonathick

Game had some really good sound design and it really gave some good creepy moments. Nice job for a game with 20 hours of development.

Here's my channel for other games I have played. http://www.youtube.com/c/Levont

Sweet game  i liked the creature

here's my poop gameplay.. like the game man.. keep it up and scare us like u scare ur sister

Geat atmosphere, i was spooped XD

Reply
The Lost Chevalier3 days ago

Nice game! I like it a lot! The jumpscares got me good, I totally recommend it, it doesn't have game over screens so it is a lot of fun! Plus, the game was made in 20 hours.
Come and watch me play the game, and hear my awesome voice :)

Great game with a great atmosphere, hope it was a bit longer

The game is a great one, no doubt about that. And the fact that, the game was made within 20 hours, awesome work man. the name is the very first thing that caught my undevided attention. the game gave me very good scare, I will be looking into your other games asa i make some time.

I have some suggesstions for your consideration, just in case you ever release further versions.

* The part where you cannot go up was a really good concept, but describing this information straight forward kind of ruined a great chance of surprise element for the player. why not let the player go 2/3 floors down and then put him in a situation where he have to go back to search for something and while trying he discovers that, he cannot go up. Then some note appears, where the messge is loosely written...

* There is a great oppurtunity for a complete story with an awe ending. for example, before playing i had an ending in my mind. I was thinking, at the end i might find myself dead in the car. at the very begining of the game i tried to look inside the car, but from the driving side the inside view was blocked. which made me think this ending. also the name, THY FLESH which can be translated to your flesh.

* the maze was kind of repetitive compared to a linear gameplay, but great sound effects. amazing work.

The scares got me good haha, cheers!

This was a GREAT GAME I loved it. It had good pacing nice timing and flow to it. Great atmosphere and good scares I defiantly recommend this game!! Additionally the art style works really well IN this environment

This game got me so good! I liked some of the mechanics, the maze felt a bit repetitive with the sounds though! Other than that I loved it!

1st recording lol. thank you for for the good play. enjoy =]

Leave a comment about the game or me :D Thanks Again!

I was playing this game expecting a really cheesy indie game but i exceeds my expectations. THIS GAME IS REALLY SCARY! You did me good developer, you got me scared. Looking forward to your future projects

I have to say this was fun to play, loved the style too keep going my friend you make awesome games. If you want to know more of how I reacted and thought of the game check the video out. I hope more follow you and play your games so keep at it.

I can't read the text properly, I'm not sure if it's just in my pc but the game was really scary. Good job!

Great game did myt own version of 3 scary games with it come see!!

Reply
JoeyCruzYT8 days ago
This game gave me a good scare! I had a lot of fun making a video on it
Reply
morgashimer8 days ago

The game unsettled me quite a bit. I loved the parts with the knocking while walking through that maze part. However, I wasn't fan of the maze because I just generally do not feel it to be the best aspect in many games . You did scare me though and I enjoyed playing it. I loved the way it looked and sounded. Great job!

I am pretty sure I said I want to consume thy flesh quite a few times, but i felt like some of these jumpscares were predictable. The name was very fun to say though, and the audio was freakin amazing. I would like to see a longer game with a whole story and good scares. your game is the second one.

You got me. I got spooked. Its a nice fun short horror game. The story is a bit lacking here. The jump scares and the monster were awesome. Maybe in the maze section add more notes to build a small backstory?

Little but has good mini horror elements. Wasnt able to find the key easily initially. Could have more things to do and kind of story. Good work initially keep it up.

This was honestly a good start. I think the biggest missed opportunity here has to do with the sound design during the last part. If the sounds had been triggered at specific points to direct me away from or toward the exit, it would've been super cool. Looking forward to what you do next!

Thy flesh starts at 13:35.
Reply
EdgeMuffin12 days ago 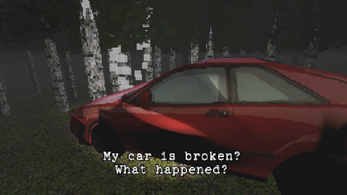 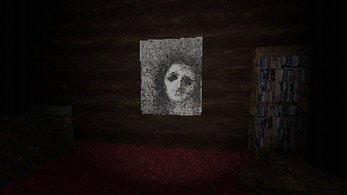 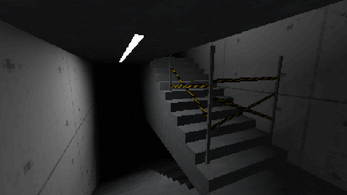 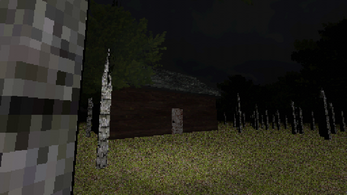